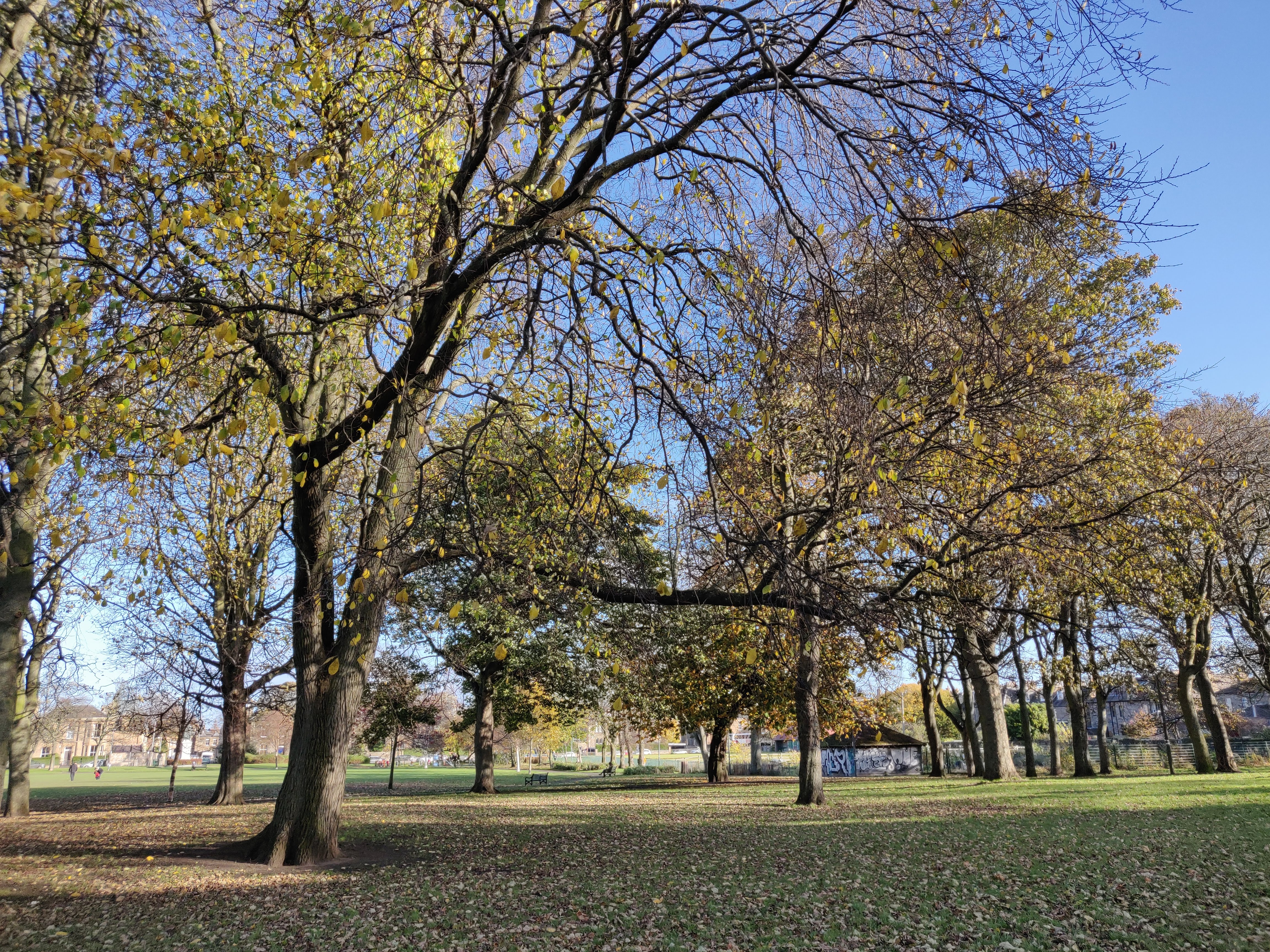 Autumnal trees in my local park, Edinburgh, Scotland (own photo).

In this post I just really wanted to talk about some shows I recently watched that I loved. I’m quite hard to please when it comes to watching series or movies and in general I don’t like binging (makes me feel tired!), but I do like quality shows and more often than not, those with an historical element pick my taste.

I don’t watch much though, and generally research something beforehand to get an idea as to whether I’d enjoy it. I rely a lot on reviews I read around, from reputable sources. This here is a shortlist of recent shows I watched that I genuinely enjoyed a lot, and made for good company for my nights in this pandemic period, after a tiring day of work. Also, I learned loads from them, which is always my interest; in fact, I’ve placed these amongst my lists of best shows/movies on The Movie Database (great tool by the way!). I call them feminist shows as it’s ones where the protagonist is a woman and the tale rotates around her finding a path for her life, or a way to cope, in a society with various degrees of patriarchy and sexism.

There won’t be spoilers on the story in here, but I will talk about what the show is about and its themes.

Anne with an E

Watched this a few months back, and was pretty disappointed that it’s not been renewed for a further season. It’s lovely. Based on the Canadian novel (popular as kids literature) “Anne of Green Gables”, it narrates the story of an orphan girl who gets adopted and starts a new life out of the misery of her lonely childhood. It’s a tale of formation, of friendship and relations. I used to watch a cartoon based on the book when I was a kid, so when I saw this I wasn’t sure it’d be the taken from the same story, but it is.

What I really loved is the photography. Not sure where it’s shot exactly (may be in the original place the novel was set, Prince Edward Island, Canada), but the landscapes depicted are stunning, full of vivid greens and blue skies. Really spectacular, I watched it with the continuous temptation to pause it and admire the landscapes for longer. In fact, I even had this idea of taking some screengrabs here and there and draw them.

The show departs quite a lot at some point from the book and it ends up putting loads into an episode (there’s issues of social justice, of abandonment, of civil rights) without really taking the time to explore them enough in my opinion (some parts are a bit rushed to a quick conclusion), but it’s worth it. I specifically liked the protagonist, Anne - she’s a feminist ante-litteram, very brainy and full of joy for life, fighting her personal battles and slowly changing the world around her, impacting on the rural people’s closed mentality with her kindness and sense of justice. It’s set at the start of the 1900s.

A fourth seasons would have really be appreciated. You’ll see if you watch it, but certain parts really remain undeveloped/unsettled as it is now.

The series is on Netflix.

This show is based on M. Atwood’s novel of the same name, and I still need to read the book. The show (in three seasons) apparently continues adding to the original story, and I think it does it quite well. I’m currently looking forward to the fourth season.

This is the story, set in a dystopian present (I think, but I’m not sure, it was meant to be future in the book, which was written in 1985) of a tyrannic new state established in the USA by a bunch of religious fundamentalists worried of the decrease of fertility in the population. The human species is risking to disappear (the causes of this are not well explored, it is hinted that the human thirst for overuse of the environment was the culprit) so what they do is organise a coup-d’etat, creating an autocratic state where the (few) fertile women around are utilised as children-bearing machines: they each get assigned to the house of one of the (married) men of the ruling class with the purpose of getting impregnated with his children. Every month, they need to undergo a process (holy) of ritualised rape. Society is very regimented into classes, and genders: women, including the wives of the ruling men, have no rights to education (they can’t even read) or property, and so on - all the classic combos. Obviously, all is seasoned with the military keeping everyone at bay, and a precise set of (corporal, and very violent) punishments for the ones who break rules. The world outside watches at this state as we currently do watch at tyrannies: we impose sanctions, we attempt diplomatic conversations, we demonstrate out dissent, we welcome (well, not always/not everywhere) refugees who manage to escape.

The show is pretty brutal, very bleak - but very good. Definitely not an easy watch and it’s not meant to be, but touches on a lot of questions.

The series is on Amazon Prime.

Back to a less bleak one, though this one has its dose of misery and sorrow. It’s based again on a novel and as a mini-series it’s really good (I may read the book as well).

It’s again the story of an orphan girl whose childhood has been filled with sadness, who finds her path in chess: she’s very bright, exhibiting a particular talent for mathematics, and approaches chess (clandestinely) mentored by the janitor at the orphanage she lives. She eventually gets adopted and then quickly scales up the ranks of the game competitions. It’s the ’60s, and women in chess have almost never been seen, especially in professional competitions. The feminist line is in the backbone of the story, though it’s not explicitly brought forward, apart from a few remarks here and there (she is aware of the sexism in the game and its management, but naturally defies it with her skills).

There is obsession and there is addiction - the protagonist is fundamentally an unhappy and lost individual who gradually resorts to using alcohol to soothe her inner pains: another common theme. And she didn’t have it easy in her life. Friendship, love and commitment help her out (won’t say more).

I quite like stories of commitment to things that require time and effort to achieve, and having studied in science I’m always fascinated by stories that encompass mathematics somehow. I’ve not been taught chess when a kid, but I am learning it now, so this was an added bonus.

The photography, the costumes and the settings are great here as well.

The series is on Netflix (it’s a Netflix original).

Unorthodox is the story of another young woman, this time she’s a Hasidic Jew, living in Williamsburg, Brooklyn, NYC. This is a group of ultra-orthodox jews which lives under strict regulations, especially when it comes to gender separation, marriage and sexual behaviour.

Esty escapes. The show is a tale of oppression and liberation, as well as one of belonging. She struggles throughout the whole time with feelings of feeling “different”, with desires of living a free life, but at the same time she finds it hard to detach from the people who raised her - her grandmother specifically. However, she decides to go away, risking her own life in various occasions, and finding new meaning somewhere else, reconstructing the broken wires of her life, ingesting all it means to live “outside”, starting to finally realise a lot of the dogmas she was indoctrinated with were not real.

The show isn’t judgmental, and it’s in fact very delicate towards the difficult theme of old traditions colliding with the Western ways of life. However, it does show the difficulties the protagonist faces and how the really has to rewire herself to fully get out, and accept her free being. It is very delicate, and the tone is not heavy, I would say it’s almost light-hearted, despite the challenges of the story. Very well made. And I’ve learned a lot.

The series is on Netflix (it’s a Netflix original). The other point worth of notice is that it’s in Yiddish, with subtitiles. There’s also a short documentary about how they made it. Also, it’s inspired by a real story.

A journey through Renoir’s colours, in data

A walkthrough example of gathering data and preparing it ahead of analysis and display, with detailed steps.